The Wharf Mooloolaba was built in 1988 with further stages completed in the early 90’s.
The development was inspired by similar Wharf side developments such as the Santa Monica Pier and Freemantle Jetty.

The Wharf Mooloolaba was built in 1988 with further stages completed in the early 90s. It’s construction was inspired by similar wharfside developments such as the Santa Monica Pier and Freemantle Jetty.

Today The Wharf still carries the charm of its origins and with the refurbishment complete the precinct has been transformed into a place to connect, create and celebrate life’s simple pleasures

In 1890 William Pettigrew built a wharf, timber depot, store and two houses at Mooloolah Heads, which was renamed Mooloolaba in 1920.

By the 1950s it had become a local hub, with the establishment of a Queensland Government Fish Board building and jetty.  Jack Clark owned Markwell’s Fisheries and the old fish board was managed by Ken Smith.

Next to the fishboard was an old slipway owned by Alan Scott, who rented out hire boats for visitors looking to partake in day fishing trips. Alan also went on to build a steel barge that he used in a contract he held to refuel the local trawlers. 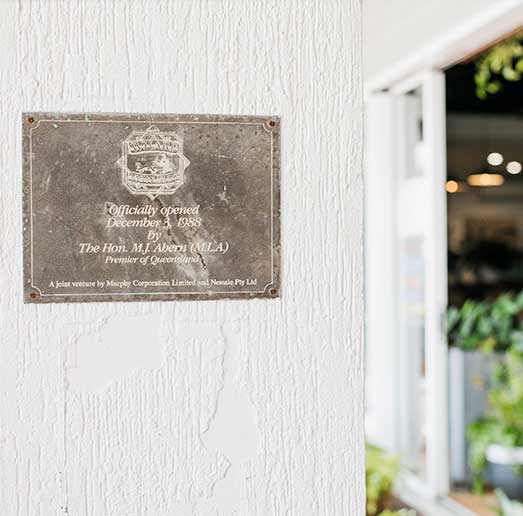 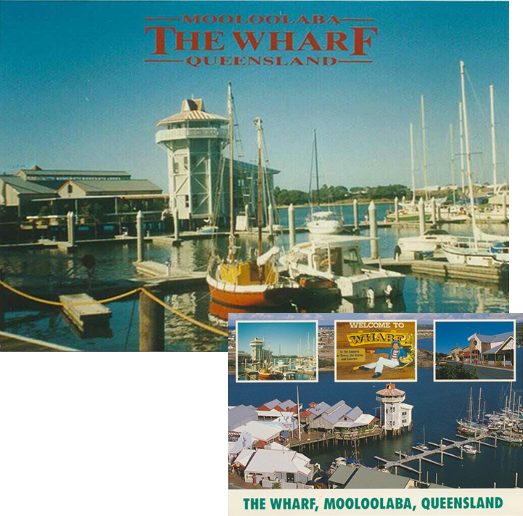 Years later in 1989, the Wharf Wharf Mooloolaba was constructed, quickly becoming a hotspot for people of all ages to flock to for a day of fun in the sun. The Wharf was inspired by similar wharfside developments such as the Santa Monica Pier and Freemantle Jetty.

The Wharf also became home to a variety of licensed family restaurants, entertainment venues, adventurous activities like parasailing, and groundbreaking stores like the Kodak Minilab, which drew a lot of attention in the pre-digital days.

Today, the refurbished The Wharf Mooloolaba offers locals and visitors an escape from the everyday; a chance to immerse yourself in the Sunshine Coast lifestyle and seaside culture. Boasting retail, dining, entertainment, adventure and educational activities—there’s something for everyone. Take a stroll through the marina or along the Mooloolah River and sit down for a bite to eat. If you’re feeling adventurous, book a scuba experience, hire a jet ski or plan a fishing tour or whale watch cruise.